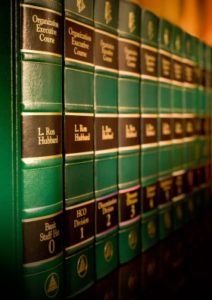 “It is not Man’s dreams that fail him,” declared L. Ron Hubbard. “It is the lack of know-how required to bring those dreams into actuality.” For that reason and that reason alone, “Whole nations, to say nothing of commercial firms or societies or groups, have spent decades in flounderingfloundering: characterized by confused or purposeless motion. turmoil.”

The consequences stare back at us as headlines every day: crippling  deficits deficit(s): the amount by which money spent or owed is greater than money earned in a particular period of time ,  onerous onerous: burdensome, oppressive or troublesome; causing hardship.  taxation, failing businesses and, even in an ostensibly prosperous United States, some forty million people live below the poverty line. It is not for nothing, then, that Mr. Hubbard further declared: “Man’s happiness and the longevity of companies and states apparently depend upon organizational know-how.”

If one genuinely understood how individuals best function—their needs, aspirations and the source of their failings—one would naturally understand how groups of individuals best function. Such was the stance from which L. Ron Hubbard addressed the problems of how we cooperate with others—not with administrative gimmicks or authoritarian  decreesdecree: a formal and authoritative order, especially one having the force of law , but with a uniquely compassionate view of groups as individuals united in a common purpose.

In all, Mr. Hubbard spent more than three decades developing and codifying the administrative policies by which Scientology organisations function. These policies are derived from the fundamental laws governing all human behavior and thus constitute a body of knowledge as important to the subject of groups as his writings on Dianetics and Scientology are to the rehabilitation of the human spirit. Indeed, until Dianetics and Scientology, no one actually knew principles governing group activities any more than they knew principles governing the human mind.

At the heart of Mr. Hubbard’s administrative discoveries is the Organising Board, or “Org Board” as it is more generally known. Developed in 1965, the Org Board is the  diagrammatic diagrammatic: in the form of an explanatory grawing or chart. pattern of organisation, delineating every function relative to successful group activity. In fact, the Org Board actually describes the ideal organisational pattern for any activity.

That pattern delineates activities—be it group or individual—in terms of seven essential divisions. Those divisions, in turn, lay out all duties, positions and functions necessary for a coordinated effort. The divisions 1 through 7 of the Organising Board are laid out in a sequence known as the Cycle of Production. Again, this sequence is in no way based upon an arbitrary. When Mr. Hubbard speaks of a production cycle, he is not speaking in terms of an assembly line or the human machine that constitutes the organisational pattern in the corporate world. Rather, he is speaking of those specific activities that all production, whether individual or group, naturally follows. In point of fact: if one wishes to accomplish anything, he must perform these seven basic steps. In that respect, the Organising Board is not simply the ideal method of successful organisation; it is actually the only method of successful organisation.

Having defined the ideal organisational form, Mr. Hubbard next provides the specific administrative policies upon which that form functions. These administrative policies are contained in a set of reference texts known as the Organization Executive Course (OEC). The OEC Volumes provide the theory and particulars of every working facet in an organisation—from hiring personnel to the ethical conduct of employees, from promotion to quality control and more. In fact, there is a volume corresponding to each division of the Org Board, describing the exact operations and functions of that division. 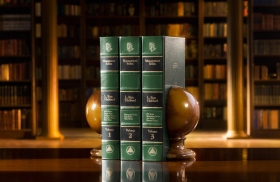 In additional volumes known as The Management Series, Mr. Hubbard provides all an executive need know on the subject of how to manage an organisation. Included therein: how to organize, how to function as an executive, how to establish, how to handle personnel and even the art of public relations. Thus, the OEC Volumes provide the policies by which one runs an organisation, while The Management Series provides the policies by which organisations are managed.

Among the principles found in these policies is the very key Conditions of Existence, which Mr. Hubbard defined in terms of the degrees of success or survival. The basic concept is vaguely known to the astute administrator who speaks in terms of “corporate health.” But whereas the idea of corporate health implies only two states—good or bad—and offers no precise means of improving that health, L. Ron Hubbard provides a great deal more. Specifically, Mr. Hubbard analyzed the various degrees of survival—from a non-existence state to a dangerous situation, to a condition of emergency to one of normal, affluence and power. Moreover, he has spelled spell out: explain something simply and in detail.out the necessary Condition Formulas, or actions, one must take for the improvement of any condition. That is, by simply performing the outlined steps, one rises through each condition to the next until one’s organisation is indeed thriving.

“Having had a firsthand opportunity to delve rather deeply into the administrative writings of L. Ron Hubbard, I am impressed. The technology is infused with common sense and practicality. I know of no other body of administrative laws and methods which is as complete, as workable and as broadly applicable as Mr. Hubbard’s. His philosophy of organizational know-how and his lucid explanations for its application deserve wide use in industry, commercial enterprises and government.”

To eliminate any guesswork as to one’s operating condition, Mr. Hubbard further delineates methods of monitoring organizational health by statistics. The statistic, as he defines it, is a number or amount compared to an earlier number or amount of the same thing. Thus, statistics refer to the quantity of  work done or the value of it and are the only sound measure of any production or any activity, be it organizational or individual. Administratively, then, the statistic provides the barometer barometer: something that indicates a change. Literally, a barometer is an instrument that measures changes in atmospheric pressure as a signal of changing weather.of organizational health, while Mr. Hubbard’s Condition Formulas provide the means for improving that state of health. Correctly utilized, these tools allow for precise isolation of troublesome areas and how to improve those trouble spots.

Given what Mr. Hubbard’s administrative breakthroughs represent in terms of providing rules by which groups ideally function, it was inevitable that his administrative discoveries would become much in demand throughout general industry and elsewhere. Accordingly, and expressly to meet that demand, the Hubbard Colleges of Administration were founded.

“To be effective and successful a manager must understand as fully as possible the goals and aims of the group he manages.… He must be able to tolerate and better the practical attainments and advances of which his group and its members may be capable. He must strive to narrow, always, the ever-existing gulf between the ideal and the practical.” – L. Ron Hubbard

These institutions specifically utilize L. Ron Hubbard’s works for the enhancement of a professional’s ability to tackle the challenges of administering and running a group, company or organization. Headquartered in Los Angeles, the network now extends across five continents. It provides training in L. Ron Hubbard’s administrative methods to businessmen and women from all arenas: heavy industryheavy industry: an industry that requires considerable space and heavy equipment to produce its products. Examples are the iron and steel industry and shipbuilding., service industryservice industry: the types of businesses that provide personal and professional services to others but that are not involved in manufacturing. Examples of such businesses are banks' hotels and restaurants., entertainment, communications, healthcare and every imaginable professional service. As the international flagship, the degree-granting Los Angeles institution further sees enrollments from well over a dozen nations and particularly Asia, where innovative managerial methods are especially in demand.

Also of note is the use of L. Ron Hubbard’s administrative methods in former communist countries where the privatization of industry necessitated an entirely new organizational philosophy. Russia, for example, has seeded L. Ron Hubbard administrative tools across the whole economic infrastructure. Through the same privatization process, Hungarian administrators likewise turned to L. Ron Hubbard’s organizational policies and so established a Hubbard College in Budapest. Albeit in a very different economic climate, a substantial number of Colombia’s federal employees similarly boast Hubbard College training, as do state and county employees of Texas.

Recession, inflation, sagging productivity, debts, strikes, unemployment, poverty and want—these all-too-familiar symptoms of economic decline are actually indicators of a much deeper problem: a crippling lack of administrative know-how. If today’s businesses and governments could competently apply the basic principles of organization and administration, they would enact workable solutions to what has become economic chaos.

Such is the role of L. Ron Hubbard’s administrative technology: to provide the means whereby businesses might prosper, governments rule wisely, people may be free of economic duress and, in short, failed dreams may be revived. 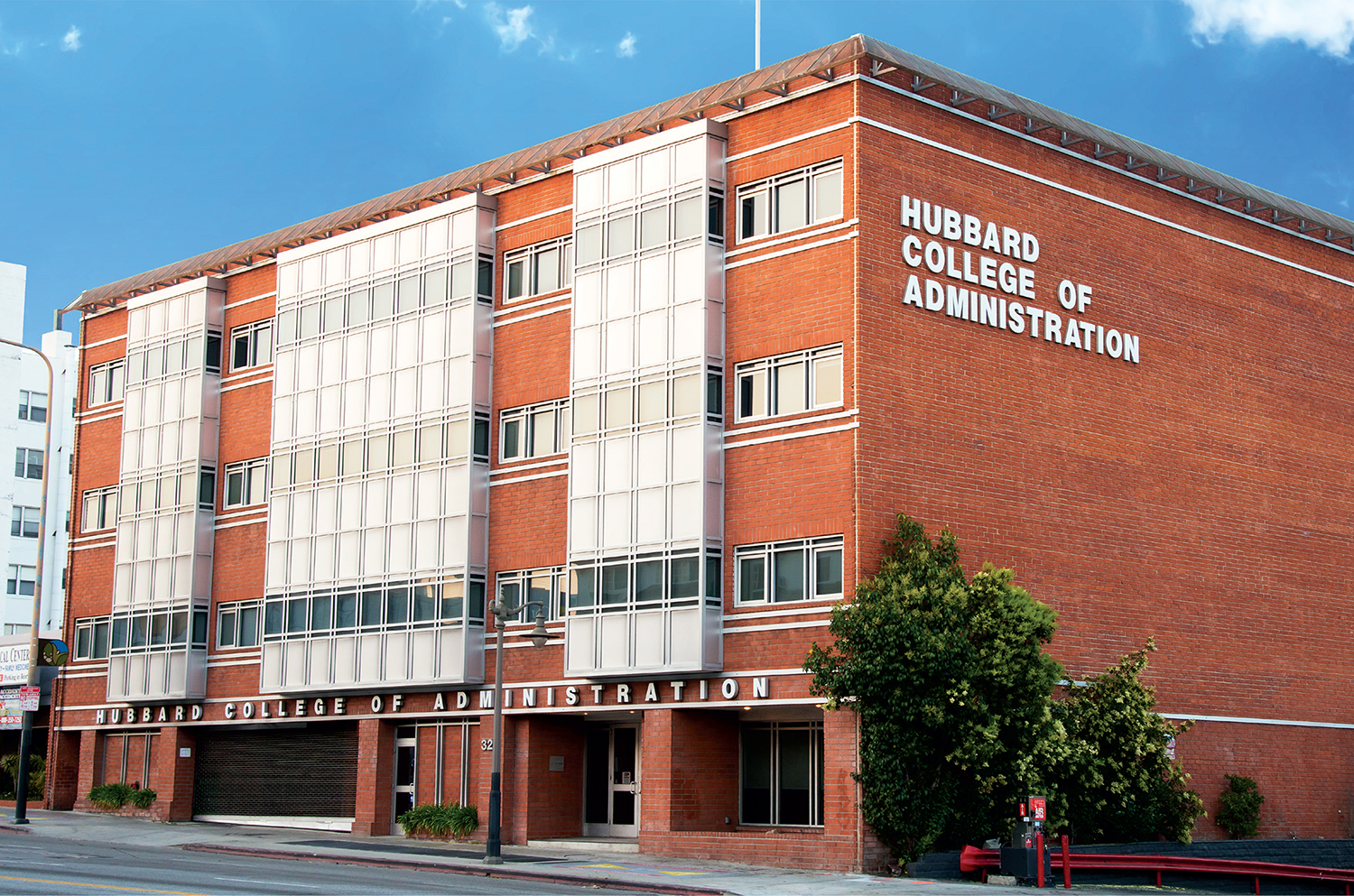 The Hubbard College of Administration International in Los Angeles, California: The academic seat of the worldwide Hubbard College network, the Los Angeles campus welcomes students from some 25 countries and is the only institution of its kind boasting a 96 percent job placement for program graduates.